It’s been 9 years since the premiere of the final installment in the Dark Knight Trilogy, The Dark Knight Rises where Nestor reprises his role as Mayor of Gotham City, Anthony Garcia. The gallery has been updated with 17 HQ images from the Canadian Premiere in Toronto, Canada which took place on July 18, 2012. 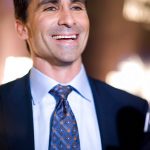 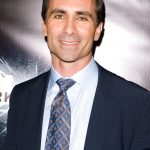 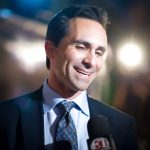 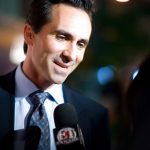 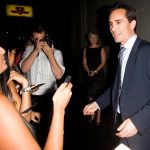 At the end of Season 1 of The Morning Show we were left with Yanko embracing Claire in the aftermath of both their breakup & Hannah’s death. The new season has finally wrapped filming and some amazing Behind the Scenes photos of Nestor & Bel Powley shooting a scene together in late April have been recently released. Here’s hoping that this season we will possibly see them reconcile even if things look a little tense between Claire & Yanko in the scene! 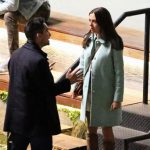 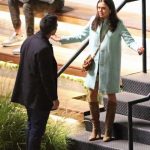 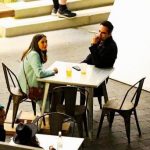 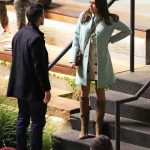 The gallery has been updated with various magazines that Nestor Carbonell has been featured in over the years. Ranging from his time on Suddenly Susan when he was part of the Top 10 Sexiest Men in 1997’s Playgirl Magazine to 2017’s In Touch Weekly where he discussed what he did during a night-in at home with his family. A special thanks to CusickOnScreen on Twitter for kindly donating scans of a Lost Official Magazine article featuring an interview Nestor! In addition i’ve also included a few more behind the scenes photos from Bandit that were shared online since the initial site update. 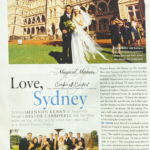 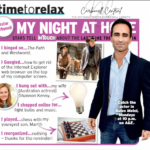 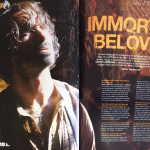 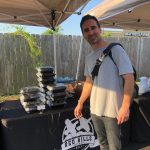 This weekend Nestor & Shannon attended their first convention of the year with Pensacon in Pensacola, Florida. Over the past 3 days they have been meeting with fans to sign autographs & copies of Shannon’s book, All Is Not Lost. In addition they gave a Lost Panel on Friday with Andrew Divoff and also posed for photos both professional and at their signing tables. The gallery has been updated with fan photos that were generously donated as well as ones shared by Full Empire Promotions. 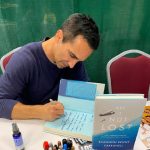 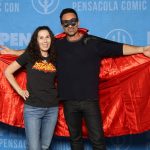 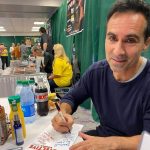 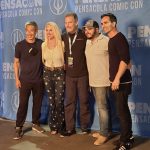 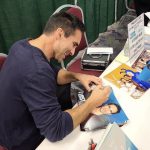 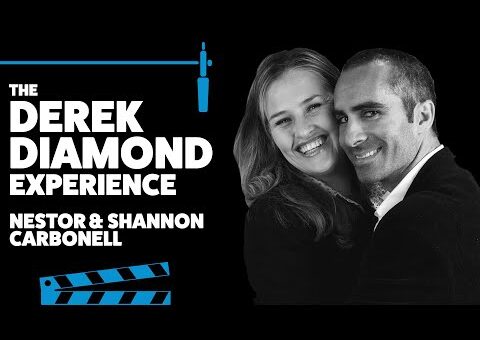 “Nestor Carbonell and Shannon Kenny Carbonell join the podcast to chat with Derek about the inspiration behind Shannon’s new book, “All Is Not Lost”, the struggles of work-life balance in the film industry, and how the pandemic has changed filmmaking. They also talk about why they wanted to pursue careers as actors, techniques they’ve learned throughout their careers, what Shannon ultimately learned about herself after writing her book, and their upcoming appearance at Pensacon.”

The video for the recent Better Together with Anne & Heather podcast that Nestor & Shannon did has now been posted up on YouTube!

On May 8th, 2014 the cast of Bates Motel including Nestor Carbonell, Vera Farmiga, Olivia Cooke, and Max Thieriot attended the 2014 A + E Upfronts in New York. In addition to walking the red carpet and posing for photos Nestor, Vera, & Max took to the stage during the event. The gallery has been updated with 62 HQ photos from the event including some that are a little more rare to find check them out in the gallery links below! 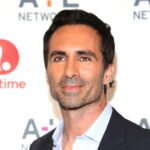 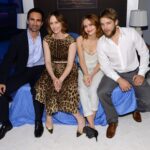 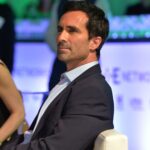 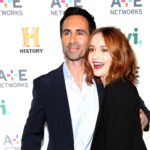 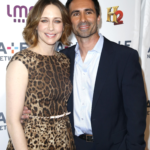 “Anne and Heather are joined by Betters Shannon Kenny Carbonell and Nestor Carbonell, a strong couple with authentic endeavors. Hear how they first met, how it went down at the craft service table back in the day, and what it takes to nourish a relationship for 20+ years. Plus, listen to the impromptu acting masterclass from the group of acting titans themselves!
Check out Shannon’s book All Is Not LOST: How I Friended Failure on the Island And Found A Way Home.“

Recently Nestor Carbonell sat down with Mike Wall from Meisterkhan Podcast for his Too Opinionated Interview segment to discuss his career & more. You can check out the full video on You Tube as well as the audio podcast below!

“Today on Too Opinionated, actor/director Nestor Carbonell comes by for a visit. Nestor Carbonell is known for his work on The Morning Show, Lost, The Dark Knight, The Tick and Bates Motel. Nestor talks about all of them and more. Plus he explains the Lost ending! It is a can’t miss episode with one of the best guys in Hollywood!!!”

News Site Update
Nestor & Shannon on KTLA To Discuss All Is Not Lost
April 5th, 2021   by Renee

This morning Nestor & Shannon appeared as guests on LA’s KTLA 5 News to discuss her book All Is Not Lost view their full interview below.