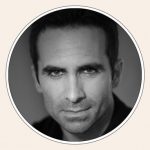 Nestor Carbonell, who plays weatherman Yanko Flores the in buzzy series The Morning Show, has joined Mel Gibson and Josh Duhamel in Bandit, an action thriller being directed by Allan Ungar.

Elisha Cuthbert is also on the call sheet for the movie that is currently shooting in Georgia.

Bandit is based on the true story of Gilbert Galvan Jr, also known as The Flying Bandit, who successfully got away with 63 bank and jewelry heists during his notorious crime spree. Duhamel is playing the career criminal, who escaped an American prison and crossed into Canada, creating a new life for himself but who couldn’t stop his brazen robbing ways.

Cuthbert is playing the wife. Gibson is the gangster who offers the Bandit a loan.

Carbonell’s character is that of “brilliant Detective Snydes,” who leads the cross-country manhunt, according to the producers.

Highland Film Group is handling international sales on the film.

Kraig Wenman wrote the script which is based on author Robert Knuckle’s best-selling novel and journalist Ed Arnold’s interviews with Galvan.

Carbonell made a name for himself with appearances in fan-favorite outings such as Lost, The Dark Knight, and Bates Motel. He returns for season two of Apple Studio’s hit series The Morning Show, which debuts Sept. 17.

The actor is repped by APA and Thruline.