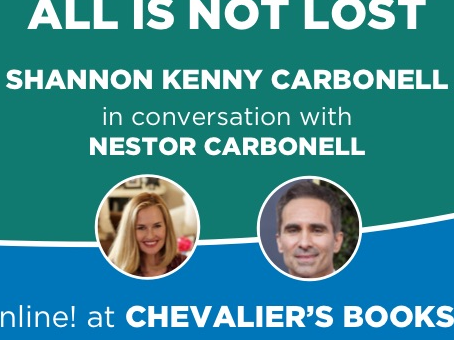 On 3/29 join Shannon as she discusses her new book All Is Not Lost with her husband, Nestor Carbonell. You can RSVP for the virtual event & purchase a signed copy of the book through Chevaliers Books below!