A full synopsis & teaser poster has been added to Gold Rust Entertainment’s website for their latest film production: Bandit. In a snippet from the site, we glean a little more information about Nestor’s character Detective John Snydes who is part of the task force responsible for apprehending the “Flying Bandit” 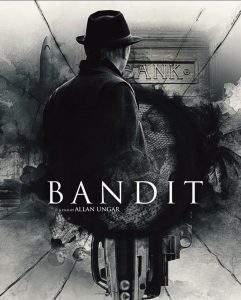 After escaping a Michigan prison, a daring career criminal assumes a new identity in Canada, marries the love of his life, then goes on to rob 59 banks and jewellery stores while a rogue task force sets out to take him down. Based on the incredible true story and best-selling novel The Flying Bandit.

….But as the stakes become higher and the jobs become increasingly daring, Robert finds himself being hunted by a newly formed task force headed by DETECTIVE JOHN SNYDES, a brilliant cop determined to take him down.

What ensues is a cross-country pursuit set against the backdrop of the 80’s with Robert and Snydes locked in a dangerous game of cat-and-mouse, and each man determined to outsmart the other. No matter the cost.

You can read the synopsis in full on their website – in addition, enjoy more on set photos from extras in the movie, Nestor’s co-stars, & director Allan Ungar in our gallery below. 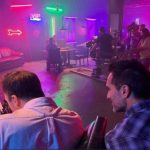 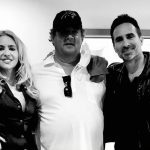 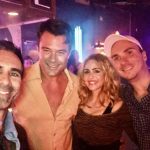 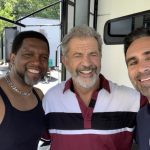 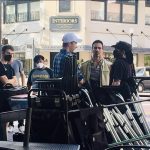